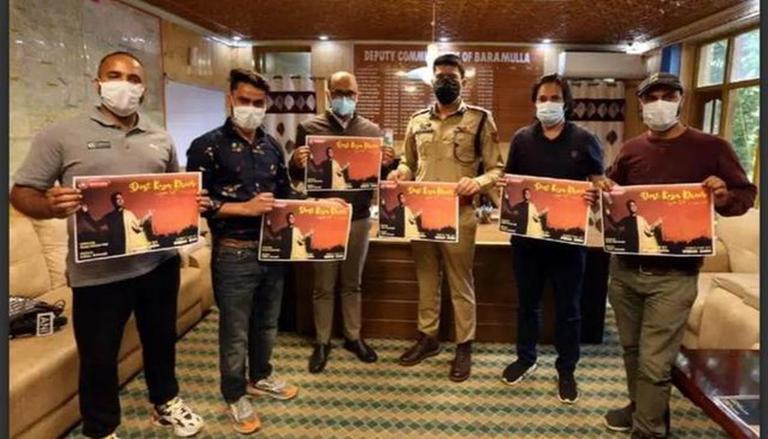 Shah Zaffar, a 21-year old youth hailing from Rajpora Heeing village, some 10 km away from the main town of North Kashmir’s Tangmarg, has become the new musical sensation of Kashmir. His melody melts umpteen hearts. He came into the limelight when he showcased his talent in ‘Kashmir got Talent,’ a musical reality show.

Zafar who pours emotion into his music, impressed everyone with his soothing voice while he performed at different stage shows.

Zaffar released his debut song ‘Dost Kya Khoob’ on 25 May this year at Deputy Commissioner’s office in Baramulla.

“I was interested in music since my childhood but there was no platform available. I used to participate in cultural shows in school. I used to sing Bollywood, Sufi, and Punjabi numbers. Initially, I started uploading songs on Facebook and Instagram, but it did not thrill people. But I did not lose hope and tried to give my best,” he said.

An amateur singer, Zaffar has not received any formal training from any musical school or guru. He learned to sing by watching videos on the Internet.

Like Nusrat Fateh Ali Khan, Kishore Kumar, Zaffar created a niche despite not being trained.

Unlike other singers who sing to earn, Zaffar spends his own money. “I spend from my pocket for my music. I invest my money and energy to popularise music. I wish there are sponsors so that my music could reach more people, he said.

A big fan of Nusrat Fateh Ali Khan, Zaffar aims to debut in Bollywood one day. “My ultimate dream is to become a playback singer in Bollywood. I hope it comes true,” he said.