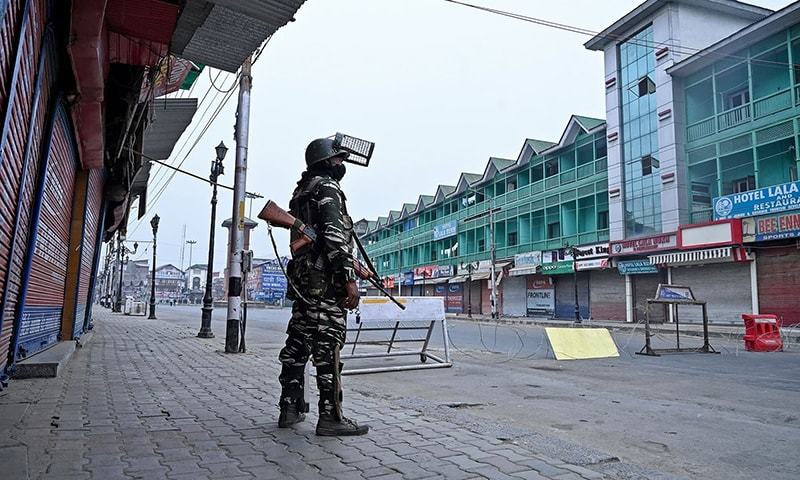 ISLAMABAD: A spokesperson for the Chinese Foreign Affairs Ministry said on Friday that Britain needs to play its role in stopping bloodshed in Jammu and Kashmir in order to absolve itself of its “bloody colonial past”.

“As long as the bloodshed in Kashmir continues, Britain can never clean itself from its bloody colonial past,” Zhao said in a tweet posted on social media site, Twitter.

In a series of Tweets posted on Twitter while quoting an article published in China’s premier news agency Xinhua’s website, Lijian Zhao, who has formerly served as Charge d’ Affairs in the Chinese Embassy in Islamabad and is a distinguished diplomat known for his strong diplomatic career.

He is also credited for innovation in Chinese diplomacy and telling facts in a strong manner to countering the western negative propaganda against China, especially for busting fake news about the Belt and Road Initiative and its flagship project of the China-Pakistan Economic Corridor.

While referring to the vast empire amassed by the British in the 20th century, Zhao said: “If British India was the jewel in the crown of the British Empire, then Kashmir has been the biggest crack in it when the crown finally fell over on that land.”

The article published on Xinhua carried a similar title, “Kashmir: A Crack in the Jewel in the Crown of the British Empire” which was all praise for the valley’s natural beauty. “It is a marvellous scenic place on Earth. Its four seasons are testimony to the timeless beauty which has been portrayed in the lyrics of poetry,” the article read.

The Chinese government official used some strong words when he outrightly, without mincing any words, blamed the British for sowing hatred in the Subcontinent. He attributed the contemporary rivalry between the South Asian neighbours, Pakistan and India, to the “hatred injected by the British empire.”

“The British Empire fell, but the poison of hatred has been injected into the body politic of two peoples for decades to come,” the Chinese foreign office spokesperson said while holding Britain responsible for the enmity prevalent in the region.

Calling attention to the greed that influenced the decisions of the British empire, Lijian Zhao said, “The land once as pristine as its famous Kashmir Sapphires was carved by innumerable scars, cracked by the greed of imperialists and soaked by the tears of people in fear.”