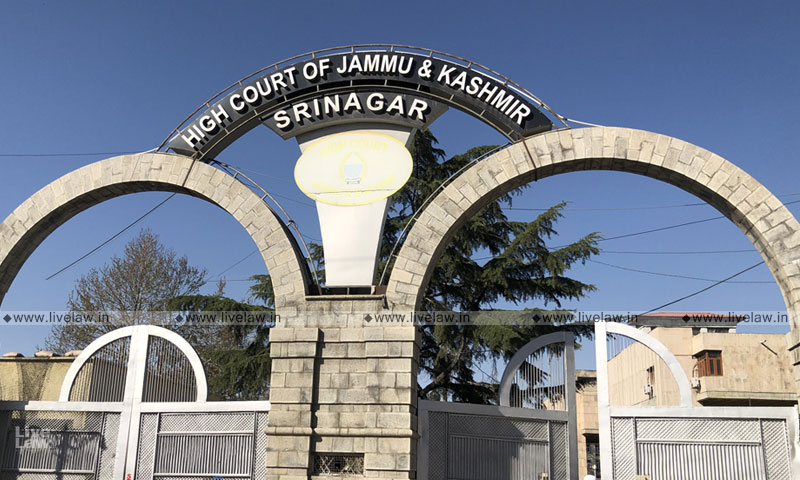 The Jammu and Kashmir High Court on Thursday (May 20) ordered protection to an inter-religious married couple, after the Woman alleged that the couple was receiving death threats from her family members as she embraced Islam and married a Muslim.

The Bench of Justice Ali Mohammad Magrey issued directions to the Union Territory of Jammu and Kashmir (J&K) through Director-General of Police J&K to ensure that the petitioners are not harassed/attacked/kidnapped or caused any harm by private respondents or by anyone at their instance.

A woman who embraced Islam and married a Muslim granted protection by #JammuAndKashmirHighCourt after she alleged that the couple was receiving death threats from Woman’s family members.

Facts of the case

The Woman (Petitioner no. 1) submitted that she, of her own free will, with sound mind and without any force from any quarter including the petitioner no.2 (Muslim man), made a declaration qua conversion to Islam in presence of the authorized persons.

She further stated that she being major had married the petitioner no. 2 (Muslim man) of her own free will and necessary requirements, in this connection, were fulfilled as required in terms of law.

She placed on record the date of birth certificates issued by the Board of School Education to claim that both the man and the woman are of marriageable age.

She further submitted that it was with great difficulty that she managed, with the help of her friends in Jammu, to cause appearance before this Court and she alleged that there was a persistent threat to her life as also of the petitioner no. 2 as she has married petitioner no. 2 to the disliking of her relatives and it was on their instance that large number of people are bent upon to kill the petitioners.

In order to ensure protection to the life of the petitioners in peculiar facts and circumstances of the case, the Court observed,

“It has become necessary to direct respondents 1 to 5 to ensure that the petitioners are not harassed/attacked/kidnapped or caused any harm by respondents or by anyone at their instance and they shall be allowed to live their married life the way they like and protect their rights in terms of the guarantee as enshrined by the Constitution of India.”

The Court directed SSP Budgam and SHO Police Station Chadoora, to ensure implementation of the directions in letter and spirit and the SHO of Police Station Satwari, Jammu was also directed not to take any coercive steps against the petitioners in pursuance to the case if any registered.

With this, the matter was posted for further hearing on May 28.