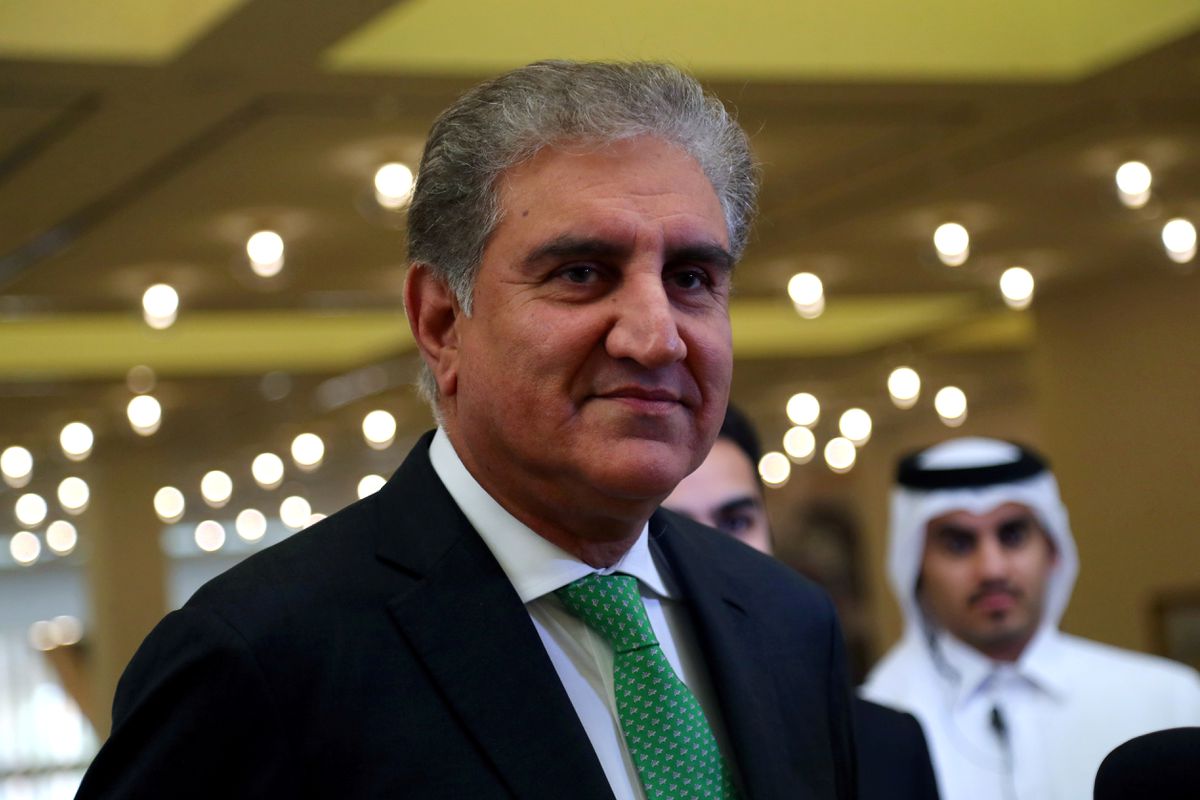 ISLAMABAD: Foreign Minister Shah Mahmood Qureshi Monday categorically said Jammu and Kashmir was not India’s internal matter and the final settlement of the dispute lay in the resolutions of the United Nations Security Council (UNSC).

“Let me be clear: Jammu & Kashmir is an internationally recognised dispute on the UN Security Council agenda,” he said in a tweet.

The foreign minister mentioned that the UNSC resolution called for “free and impartial plebiscite under” the UN auspices to resolve the dispute.

“Nothing about J&K can be India’s internal matter,” he said.

Last month, FM Qureshi had said that Pakistan has never avoided peace talks and wanted to live in peace with all its neighbours, including India, but New Delhi would have to restore the semi-autonomous status of occupied Kashmir.

Qureshi had made the remarks while speaking at a news conference in the United Arab Emirates (UAE) during a three-day official visit.

“Both India and Pakistan will have to think about their bilateral ties,” Qureshi had said. “Pakistan is ready to talk with India if it takes back its steps of August 5. Pakistan cannot ignore the Kashmir issue.”

In August 2019, India stripped the held region of its special status and took direct control over it, sparking civil unrest. Islamabad has since maintained it is open to talks if New Delhi reverses its decision.

The foreign minister had added that Pakistan desired peace in the region because peace would create more economic opportunities.

His statements had come days after Reuters reported that top intelligence officers from both countries held secret talks in Dubai in January in a new effort to calm tensions.

Citing sources, the report had said that officials from India’s Research and Analysis Wing (RAW) and Inter-Services Intelligence (ISI) travelled to Dubai for a meeting facilitated by Abu Dhabi.

Following the January meeting, Pakistan and India announced they would stop cross-border shooting along the Line of Control (LoC) which has left dozens of civilians dead and many others maimed.

Both sides have also signalled plans to hold elections on their sides of Kashmir this year as part of efforts to bring normalcy to a region riven by decades of bloodshed.

But as Qureshi welcomed mediation efforts by the UAE, he told Khaleej Times that he was not planning to meet his Indian counterpart in the country. Qureshi and Subrahmanyam Jaishankar are visiting the Gulf state at the same time.

“I am here for a bilateral visit. I am not here for an India-specific agenda,” Qureshi told the publication, which published a video excerpt of the interview.

“We welcome third party facilitation […] But no matter what friends like the UAE say, the initiative has to be indigenous,” he added.