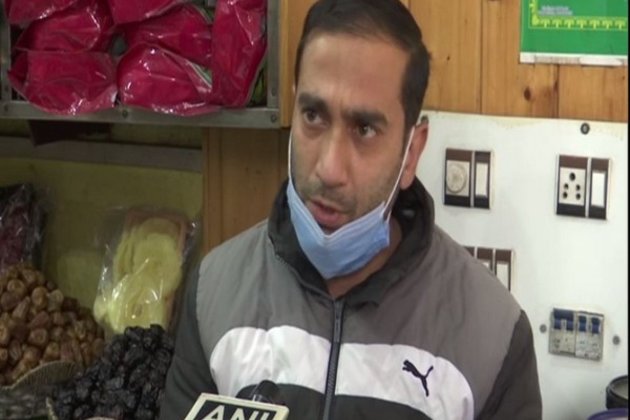 Srinagar (Jammu and Kashmir) [India], April 20 (ANI): In the holy month of Ramadan, people in the Kashmir valley have been purchasing dates in large quantities as it has a unique importance in the Islamic religion.

Speaking to ANI, a seller of dates Suhail Ahmad said, “A lot of people buy dates during Ramadan. It is consumed more in Ramadan. In Kashmir, dates are consumed over the year.””It comes from various places including Gulf countries Iran, Iraq, Saudi Arabia, in various varieties of Ajwa, Amber, Mabrook, Kalmi,” he added.

On enquiring about the cost of dates, the shopkeeper said, “The price varies with different qualities of dates. The rates can start from Rs 200, with the maximum rate being Rs 1400 in a wholesale market and could reach up to Rs 2000 per kg also.”Ahmad also said that dates from Saudi Arabia are costlier. Those varieties start from Rs 500 per kg with a variety available of upto Rs 2000 per kg.

“Last year, because of lockdown, there was no business. We are expecting this time, there will be good business if lockdown is not imposed,” he concluded.

A customer at the market, Ghulam Nabi Shah claimed that dates are good for boosting immunity. He said, “During this pandemic if dates are consumed, it will be very beneficial for the immunity.”Another customer, Parvez Ahmad said, “It boosts immunity system, so everyone prefers to consume dates during this time.”People consume dates during the month of Ramadan, especially at iftar (breaking of fast). They eat their first meal before sunrise, which is known as ‘sehri.’Ramadan is the ninth month of the Islamic calendar. It is celebrated all over the world by Muslim communities. In India, the holy month of Ramadan started on April 14, this year. (ANI)