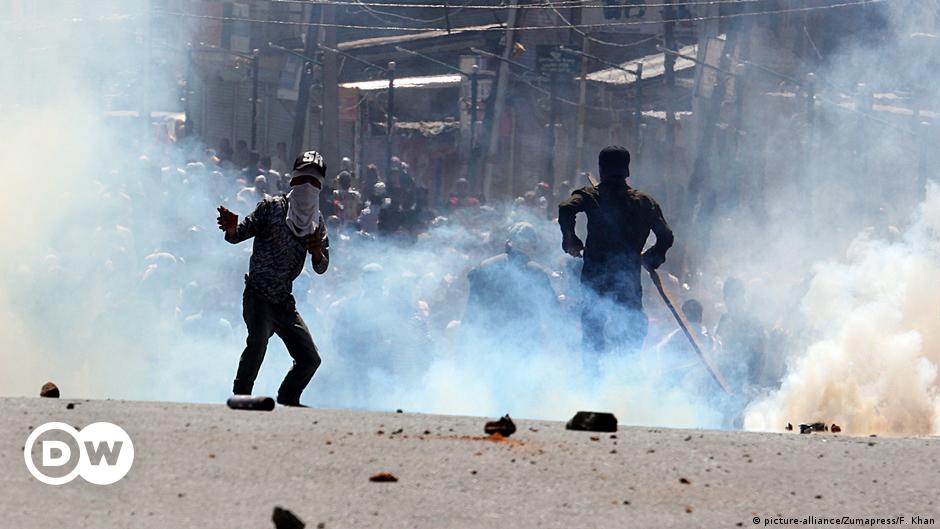 Indian authorities have asked journalists to refrain from live coverage of gun battles in Indian-administered Kashmir, a move seen by critics as a measure to further suppress freedom of the press in the restive Himalayan region.

In the advisory, Kashmir police chief Vijay Kumar set out new guidelines for journalists covering the region’s insurgency, in which armed rebels have targeted security forces.

Since the abrogation of the region’s semi-autonomous status in August 2019, India has deployed tens of thousands of police and soldiers to the Muslim-majority territory.

“Do not interfere in the professional and bonafide duty of police and security forces at the encounter site. No operational content should be carried which is likely to incite violence or contains anything against maintenance of law and order or which promotes anti-national sentiment,” Kumar said.

“Freedom of speech and expression is subject to reasonable restrictions that should no violate other people’s right to life … or putting national security in jeopardy,” he added.

How did journalists react to the measure?

The move sparked anger among journalists in the region, who slammed the advisory as an attempt to stop them from reporting facts on the ground.

“It seems to be a part of the string of measures taken by the authorities to suppress freedom of the press in the region,” reads a joint statement issued by journalists’ bodies in Kashmir.

The new media policy also authorizes government officers to decide on what is “fake” or “anti-national” news.

The Kashmir Press Club released a statement denouncing the move as “highly distressful” and an “attack on press freedom and journalism,” adding that the advisory “undermines the democratic setup of which media is the fourth pillar.”

Some welcomed the policy, saying live reporting endangers the lives of others and compromises national security.

“We must have a regard for life and not hamper the work of security forces during gunfights,” said senior journalist Ahmed Ali Fayaz, who believes the government has the right to invoke lawful standard operating procedures and that journalists should abide by them by not heading to encounter sites.

How will the advisory impact media coverage?

More than 50,000 people have died in the insurgency that erupted in 1989, according to government figures.  Human rights activists estimate the toll to be more than twice as high.

India and Pakistan have fought two wars over Kashmir. Both control parts of the region but claim all of it.

Prior to August 2019, news channels were given free access to cover live gunfights of the conflict. Police, however, argued the presence of television cameras and journalists at restive spots encouraged more people to take to the streets and rebel.

“A big pie of TV coverage from Kashmir has been gun battles in the last three decades. Blocking access means you are encroaching upon the space of journalists. It is the stifling of media,” Islah told DW.

“Press freedom is diminishing in Kashmir,” he said. Issues include anti-terror charges routinely being pressed against writers, editors being cut off from advertising, and journalists being threatened.

Islah referred to the new guidelines as “concerted attempts to browbeat media”  and an attempt to “secure good press for the government through coercion.”

Since August 2019, journalists have reported an intensified crackdown.

On March 6, BBC cameraman Shafat Farooq and award-winning photographer Saqib Majid were beaten up by Indian security forces while reporting in the city Srinagar. Police struck them with assault rifles, resulting in injuries.

Raids and suspension of financial sources

Anuradha Bhasin is the executive editor of the Kashmir Times — the region’s oldest English newspaper. Last year, authorities raided and sealed the newspaper’s office without an explanation.

Bhasin told DW that the new media advisory is a “vendetta for dissent and speaking out” against anti-press policies.

She says the government can now also punish media outlets by barring them from advertising, thereby draining them of financial resources.

The Kashmir Times was banned from advertising after Bhasin went to the Supreme Court in October 2019 to fight against the communications blackout in Kashmir. Internet services were suspended across the region on 4 August. Authorities had said the move was necessary to maintain law and order.

Bhasin said several local dailies are struggling to stay afloat as authorities continue to cut off government advertisements — a major source of revenue to newspapers in Kashmir in the absence of a robust private sector.

“Authorities have tried their best to arm-twist journalists into not writing something uncomfortable by adapting various undemocratic methods,” she said.

“Squeezing advertisements has been a way to deal with the journalists and newspapers for a long time. It has picked up pace now,” she added.

Bhasin believes that while the free press may have a chance of surviving in Kashmir if journalists rebel against crackdown measures, the immediate future still “looks very bleak.”