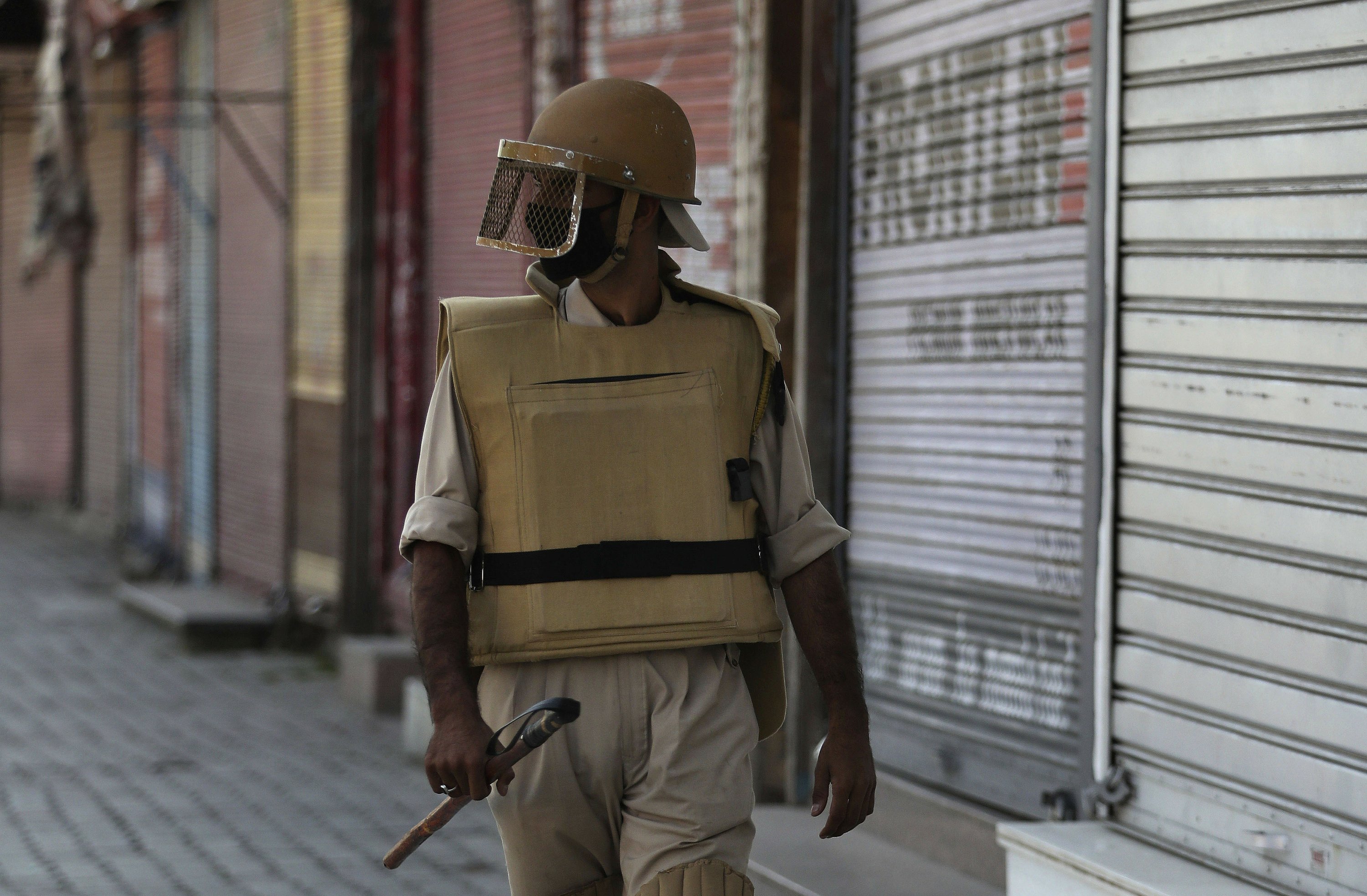 SRINAGAR, India (AP) — Police in Indian-controlled Kashmir said Friday that they arrested one of their own officers and dismissed her for obstructing a counterinsurgency operation in the disputed region.

The officer livestreamed a cordon and search operation by government forces in southern Frisal village on Wednesday “with the intent of disrupting the search operation,” police said in a statement.

In the video, which went viral on social media, the woman was seen shouting: “This is our Kashmir” while hurling invectives at the raiding troops.

The statement said the officer “resisted the search party,” turned violent and made statements “glorifying violent actions of terrorists.”

The officer was arrested and fired, the statement said. She was charged under India’s main counter-terrorism law.

The dismissed officer was a Special Police Officer. Such officials are lower ranked police recruited mainly for counterinsurgency operations.

Indian law enforcement officers repeatedly have been implicated in helping Kashmiri rebels, who for decades have waged an armed campaign demanding independence for their Himalayan region or a merger with neighboring Pakistan, which administers a part of Kashmir.

India and Pakistan both claim all of the divided, Muslim-majority territory of Kashmir, a conflict that has persisted since the two countries won independence from the British in the late 1940s.

Kashmiri police are caught in the middle, often seen as traitors by their own neighbors and viewed suspiciously by higher Indian officers.

When the latest armed insurgency began in 1989, police initially fought against it. But after the rebels began targeting their families, many abandoned the task, staying at their posts and barracks. Some sympathize with the rebels, who have massive public support and dozens have joined rebel ranks, rising to become militant commanders.

In several cases, the officials were accused of having ties with rebels. In 1992, two policemen and a paramilitary soldier were arrested for allegedly helping rebels bomb Srinagar’s police headquarters in an attack that killed one officer and injured several others.

In response, India set up a police counterinsurgency network that is widely feared and accused by many Kashmiris and human rights groups of abuses such as summary executions, torture, kidnappings and rape. It was those actions the officer may have been protesting when she livestreamed the raid on Wednesday.

Police said they are investigating if the woman has links with rebels.

Rights activists have called the the counter-terrorism law the officer was charged under draconian. The law was amended in 2019 to allow the government to designate an individual as a terrorist and for police to detain them for six months at a stretch without producing any evidence.

Meanwhile, U.N. human rights experts have made public a communication to the Indian government in which they express concern over rights of people in Kashmir after New Delhi stripped the region’s semiautonomous status in 2019 and imposed a slew of administrative changes through new laws.

Five experts for the Office of the U.N. High Commissioner for Human Rights in a communication sent in February and made public after a mandatory 60 days expressed “grave concern that the loss of political autonomy” and the implementation of new legislation may change the demographic composition of the region.

Such steps, the experts said, can “result in political disenfranchisement, and significantly reduce the degree of political participation and representation” of the natives.

In August 2019 amid a harsh crackdown, Prime Minister Narendra Modi’s Hindu nationalist-led government stripped Kashmir of its statehood, scrapped its separate constitution and removed inherited protections on land and jobs. It divided and downgraded the region to a federally governed territory.

Since then, many new laws have been enacted, including a new domicile law, which critics say is the beginning of a colonialization by Hindu Indian settlers aimed at engineering a demographic change in the region.